Posted at 01:01h in Lecture by Occulture Conference Webinars 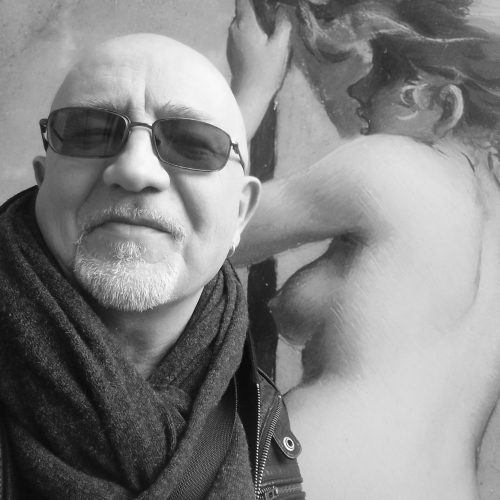 Austin Osman Spare the Funambolic Path of a Genius

In this conference the focus will be on the revival of interest about an obscure artist considered at a time a genius and then an oucast, Austin Osman Spare.

Due to the work of Kenneth Grant after his death in the Seventies first glimpses of his work appeared linking him more than art also to magick.

He build a peculiar system of his own presenting it in his few books published during his time and especially The Book of Pleasure (1904-1909).

In the Eighties with the cold Ice Age of the punk and post punk culture in the milieu of the independent and DIY zines interest in his work grew and spread around people scattered in all the world, raising more and more attention to his art work and his writings.

As in my ’20 I witnessed this events and found via contacts the way to be involved and to print his books in Italy. Then we will discuss his theories and methodologies focusing on his sharp attitude regarding the fundamental questions of human life which appeared to be contemporary nowadays so to appreciate in full his genius.

Roberto Migliussi (1961) has a MA in Italian Literature, specialization in History of Renaissance and History of South American – Spanish Colonies in the XVI century.

After founding and publishing in the ’80 an underground magazine of subculture “Idola Tribus” he started privately to translate and publish in Italy the works of Austin Osman Spare, on authorization of the literary executor Kenneth Grant; of the same Grant his trilogies and novels, of Michael Bertiaux texts in Italian and English, and of Zivorad Mihajlovic Slavinski and others.

In his site www.labirintostellare.org articles and texts are presented of various authors. He is a trainer of the psychotherapeutic system of Zivorad Mihajlovic Slavinski, Spiritual Technology, member of various esoteric orders and Gnostic Bishop, leading workshops and lectures in Italy and abroad.

Guitarist by education he published a spoken word in music “Hommage to the Focus of Life of Austin Osman Spare”. In 2018 the historical label in the underground culture ADN published his first solo album “Dance Mystique”.

He is a self-taught artist and was active in the mail-art network. His artwork has appeared in the magazines Abraxas, Atua, Silk Milk, Psychedelic Press, the book “Noxobnia, Feminine Deities in Lef Hand Path”, and in collective exhibitions in Bath, London, Dublin and Seattle.

He lives in Tuscany, Italy.