Posted at 18:24h in Live Music by Occulture Conference Webinars 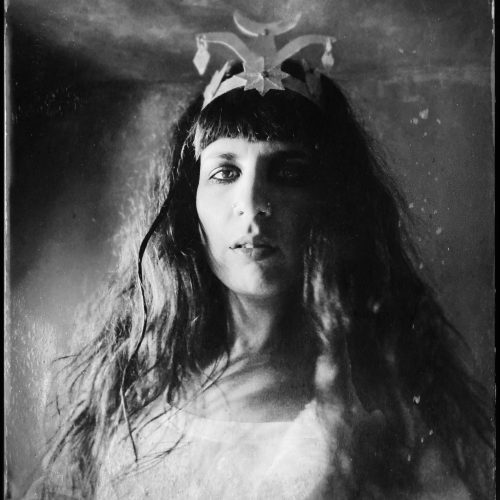 Kabukimono is a one-woman ritualistic music project, by the hand of the Sound Sorceress Ašmorani.

What first started in the dark folk path, soon found its own truth and purpose by assuming its core ritualistic nature: vocal mantras and spells, folk instruments, guitar drones and shamanic drums, invite the audience to not only travel inwards, but to take part of the ritual emotionally, mentally, and physically.

Her last self-released album “The Return OF The Fallen”, marks the consecration of this new chapter: embracing the Minoan water rituals, the Thesmophoria celebrations, African and Siberian shamanism – time and space connected as whole.

Kabukimono’s soundscapes evoke the ancient primal energy that we all carry inside of us, constantly asking to be released: the energy of creation.

Throughout the performance, the audience will be guided into accessing their own subconscious knowledge, their desires, their fears, their shadow, and invited into making its integration in the self.

Note: Due to its immersive power of the performance, strong emotions and moments of self-discovery might arise. The audience is invited to also bring their own drums/bells/rattles.

Ašmorani is a voice alchemist and multi-instrumentalist, whose work focus on the connection between sound and the transcendental states achieved through ritual.

Her body of work aims to integrate the power of the sacred feminine and its shadow aspects through sensorial journeys who invite her audience to hold her hand and turn inwards for a deep discovery of the self and others.

Gathering an education in classical singing and a lifetime journey through different traditions in occultism, she has spent the last decade collecting knowledge on the use of sound and dance in ecstatic rituals, especially in the Mediterranean region, Middle East, Central Asia, and some African regions, from ancient civilizations until today.

In 2016, she has brought to life her solo project “Kabukimono”, releasing her own music as an independent artist, and performing rituals in several European countries.

Her vocal contributions can also be found in collaborations with a few black metal projects, such as Obscuring Veil or Ævangelist.

She will also be reviving her photography art project in 2023.

Ašmorani is currently based in Leipzig (Germany)