Posted at 17:43h in Ritual by Occulture Conference Webinars 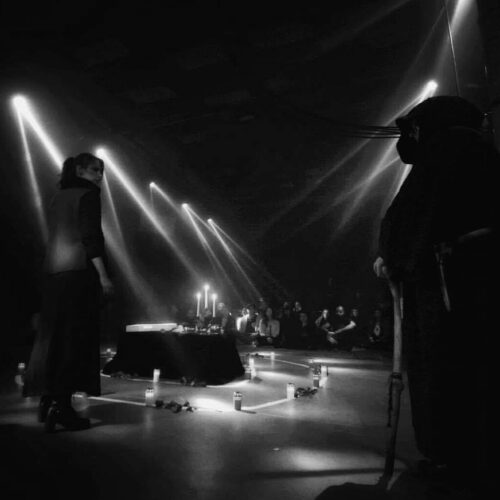 Spirits of The Lands (Closing Ritual)

As we have awaken the spirits of the land and created our own spirit, our own energy over those 3 days, it is time to celebrate and thank our land, our guides, our gods for what our eyes, ears and hearts have gained.

Bring your rattle, drum, flute, your voice and your offerings to the spirits and let us unite those energy to create a beacon from this world to the other world.

And in the end each one of you will be able to take home a piece of that energy, captured in a precious stone from the cauldron of wisdom.

Regardless of your experience, age or spiritual path, you are invited to join us and become an active part rather than just a viewer from the outside.

A group of experienced ritual-leaders like Bianca Carina(Order of bards, Ovates and Druids) and Daniel McKenzie will guide you through this ecstatic journey.

Bianca Carina is a Druid Ovate of the Order of Bards, Ovates and Druids. She started her path as an eclectic witch at the age of thirteen, formed her first coven at the age of 24 together with Sinmara, studied druidry and has been leading her local seedgroup of the Obod for more than seven years now. She is a full time financial & business coach besides her sidepreneuship as owner of the witches store “Phoebes Hexenstube” (since 2014). Bianca is a celebrant, has been a vital part of the pagan community in Berlin ever since and is specialised in the art of creating interpagan and Interfaith rituals.

Daniel McKenzie talks about the dead, for the dead and with the dead and gets paid for it – he’s a professional eulogist, funeral celebrant and grief councillor.

His foundations lie in Wicca, ritual magic and druidry and his greatest achievement is having made most of the major magical mistakes himself and learned not to repeat them. He’s been doing this weird stuff for over thirty years now and still loves every minute of it.

This powerful duo will join us in the closing ceremony with their energetic drumming. Charuk and magus are both magicians, shamans and artists that perform their very special mixture of music and dark arts in projects worldwide such as “Nashmeh” (Thelemic black metal) and