Posted at 11:05h in Art by Occulture Conference Webinars 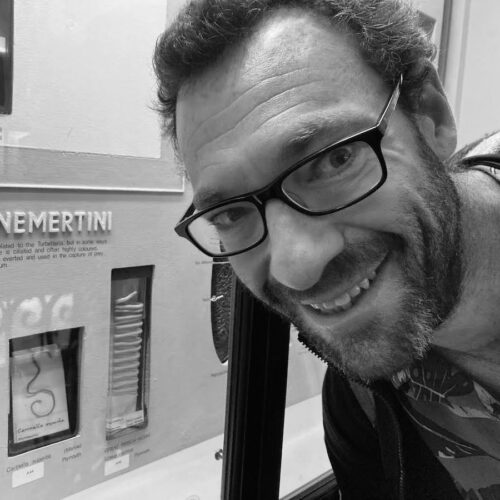 MYCELIAL MAGICK: Networked intelligence and the mouldy way to grow your NGO (and how to geistbust a zeitgeist)

Nature’s networks – including slime mould amoebae and the mycorrhizal network that connects trees beneath the forest floor – are successful because they know how to share resources and information for mutual resilience. They also map space and decipher patterns in time to predict the future. The reforestation charity RAIN takes these networks as a model and a metaphor for every aspect of the business, from media strategy to governance – but we also go beyond metaphor into magic.

Join RAIN founder, author, hypnotist and occultist Danny Nemu in an irreverent ritual to kill and compost a zeitgeist way past its sell-by date, and feed the corpse to a mycelial thoughtform better able to respond to the threats that the planet is facing.
(1) banish with mysigilia
(2) eulogize with a study of the intelligence of slime moulds
(3) pathwork in trance down into the mycorrhizal root network
(4) concretize our will to connect and disconnect for our benefit with an offering to a slime mould

Danny is interested in the regenerative powers of nature, both in terms of curing people and bringing degraded land back to life. After getting ill and getting better with ayahuasca in the Amazon, he founded RAIN (Regenerative Agroforestry Impact Network), a charity supporting community-led reforestation projects with Indigenous nations, black women in the favela and other marginalised groups in Brazil. His background is in teaching, hypnotherapy and writing (Science Revealed and Neuro-Apocalypse). His future is in the trees.