Posted at 19:09h in Lecture by Occulture Conference Webinars 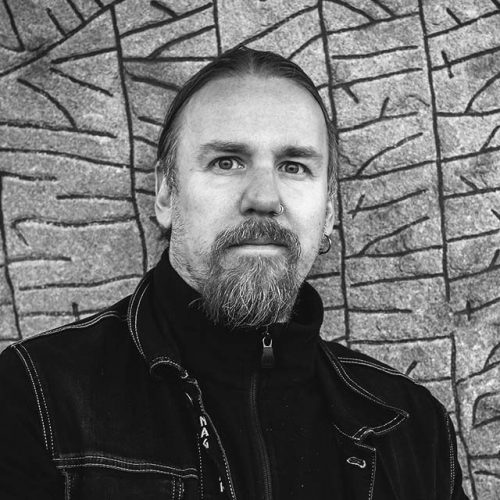 Love, sex and curses: magic in Scandinavia from the Viking age until the early 1900s

There are many examples, stretching as far back as the Viking age, of how different curses and other magical traditions have been used for love and for forcing the opposite sex into having intercourse.

We can find examples of this in early written sources (for example in The Poetic Edda, Runic inscriptions and the Icelandic Sagas).

Evidence of similar traditions has also been found in the archeological material. Many later folklore sources, now stored in folklore archives, mention the same tradition.

This was a magical tradition primarily used by men, while young and unmarried women instead relied on divination techniques and other rituals for finding out who their future husband would be.

In this talk, traditions of using (black) magic for sex is explored. Several examples of this will be presented and put into a larger context

Tommy Kuusela earned his PhD in History of Religions at Stockholm University in 2017.

He has written more than 50 articles on Old Norse religion and Scandinavian folklore and is a well-known folklorist in Sweden. Kuusela works in one of Sweden’s largest folklore archives and is a board member of several academic societies.

He is also one of the hosts of Sweden’s biggest podcast on folklore, När man talar om trollen (a saying in Swedish for ‘Speaking of the Devil’).

Some of his publications in English include “Initiation by White Snake and the Acquisition of Supernatural Knowledge” in The Wild Hunt for Numinous Knowledge: Perspectives on and from the Study of Pre-Christian Nordic Religions in Honour of Jens Peter Schjødt / [ed] Karen Bek-Pedersen et al. (Aarhus: Afdeling for Religionsvidenskap 2022)

“The Giants and the Critics: A Brief History of Old Norse Giantology” in Folklore and Old Norse Mythology / [ed] Frog and Joonas Ahola (Helsinki: The Kalevala Society , 2021)

“Spirited Away by the Female Forest Spirit in Swedish Folk Belief” in Folklore: the journal of the Folklore Society 131:2, 2020

“He Met His Own Funeral Procession: The Year Walk Ritual in Swedish Folk Tradition” in Folk Belief and Traditions of the Supernatural / [ed] Tommy Kuusela, Giuseppe Maiello (Copenhagen: Beewolf Press , 2016)