Posted at 00:05h in Art by Occulture Conference Webinars 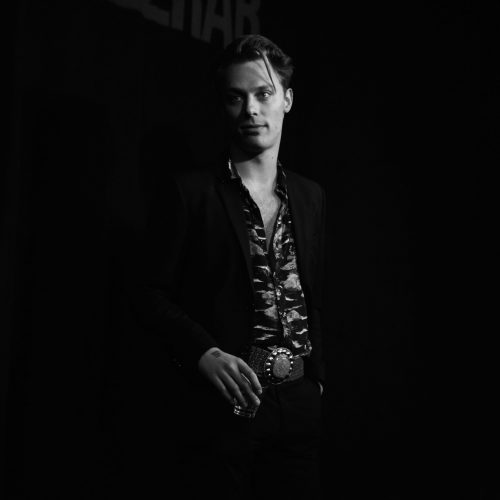 Magic in the City: Radical Culture as Bridge to the Divine

Freek Wallagh will be offering a poetic lecture on the continuing magic of cities.

Combining poetry with academic research, Wallagh’s Jungian and Gellnerian message is in direct rebuttal of the supposed “death of enchantment” proposed by scholars such as Max Weber.

Traveling the world, Wallagh has drawn up poetic portraits of those celebrating the divine in places like Amsterdam, Berlin, Tehran and Liverpool. The result is a celebration of the alternative, radical and queer culture keeping modern day magic alive in our cities.

For the past eight years, Wallagh has documented artists, activists, drag queens and others committed to keeping the divine alive.

Wallagh will use Jungian and Gellnerian literature, Kabballah as well as Post-colonial and Queer philosophy to paint a picture of the state of modern day magic in our cities.

Using the primal language of poetry as a means to connect, Wallagh will identify modern symbols and actors still connecting us to the divine. This all combines to form a rhythmic lecture, sure to engage (and hopefully inspire) the audience as they take a journey through the streets of our cities.

Freek Wallagh is an Amsterdam-based poet, activist, painter and (academic) author. His work concerns urban dynamics, the “divine” and the politics of immaterialism.

Born and raised in his beloved Amsterdam, Wallagh’s career started out in the local punk- and squat scene. Wallagh studied Political Science, followed by Arts, Culture & Politics at the University of Amsterdam.

He works as a writer and cultural organiser, hosting events throughout the city celebrating radical art.

He is currently part of the touring “Who Killed Marilyn?”-exhibition, as well as in-house poet for the underground paper Amsterdam Alternative.

His forthcoming bundle “Urban Royalty” celebrates the life of artists, activists, queens and bold madmen who have claimed their piece of the city.

He has previously published academic articles on various cultural mechanisms of oppression, and is currently researching the dynamics of opacity, mysticism and surveillance.

Wallagh usually performs in the Netherlands and the UK, making this his first appearance on a Berlin stage.