Posted at 01:11h in Art by Occulture Conference Webinars 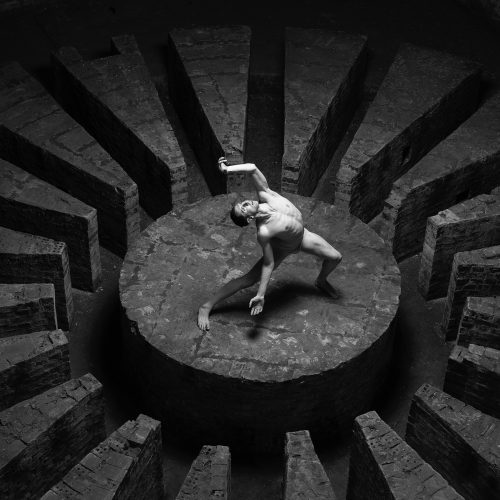 Alchemists believe in the ultimate unity of matter and spirit; the direct correlation that exists between the tangible physical world (the Body) and the immaterial realm of consciousness (the Soul). To them, the human Mind is the special place in the cosmos that stands in between the two, and is thus able to conceive them not as separate, but rather as parallels on different dimensions.
As Above, So Below: it is the mercurial quality of the mind which represents the alchemical practice itself.

The physical fluidity and mobility of the chemical element is an expression of its ability to stream between the physical and spiritual realm in an endless exchange. Similarly, in mythology, Mercury was the messenger of the gods, who brought celestial information down to the world of the living, and back to the sky.

In his second solo show “Mercurial”, opening at the Organ Kritischer Kunst, Berlin-based Gøneja ✷ uses photography and totemic sculpture as media to bring the ancient spirit of Alchemy alive through a combination of artistic experiments both fluid and idea-driven.

An aesthetic territory which aims to transcend the limitations and duality of the rational mind through the use of symbolism, mysterious physicalities, unresolvable narratives and open-ended meanings.

Examples from the portraiture include “Agata: Scorpio”, where – through a partial shibari suspension and an extreme nail design – the artist portrays his subject as the embodiment of her own Zodiacal sign. Thus emphasising how some of the features we associate to astrological constellations often manifest in the human character of those who are born under them.

In “Leonardo: Centaur”, a classical dance movement reflected in the metallic surface of a lake allowed an ancient mythological creature to appear on top of the waters.

The still life motifs “Stefan: Veritas” and “Ugo: Spagyrics” present two of the classical alchemical processes as present-day activities. The compositions, framing a chemical laboratory experimentation and a spagyric herbal preparation, thus stand as the symbolic synthesis of the person involved in such practices in their daily life.

The totems, built by cutting and assembling left-overs of metal pieces used in construction and other up-cycled mate- rials, reimagine the tribal sculptures and poles as contemporary urban objects. In “Spirit Monad”, for instance, discharged automobile brakes and steel tubes serve as the structure of a pedestal sculpture depicting an ancient esoteric emblem.

Overall, bringing together motifs from sources as diverse as classical mythology, religious iconography and medieval cosmology, “Mercurial” sustains an holistic mindset and aesthetic continuity which are grounded in the artist’s desire to reinterpret an ancient, occult form of knowledge as a present and living contemporary force.

Gøneja ✷ (he/him) is a photographer and totem-maker based in Berlin.

He has contributed to print and online magazines including a cover feature for DJ mag in 2019.

He has self-published two photography books, “Together We Dance” (2018) and “Rituals” (2020), both distributed by Motto.

He has taken part in selected international group exhibitions and has had a solo show at tête Berlin in 2020.