Posted at 17:37h in Lecture by Webmaster 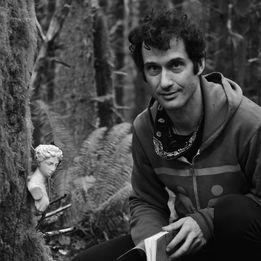 Psychedelic Witchcraft and the Satanic Conspiracy

During the Renaissance era, scores of people (mostly women) were stereotyped as “satanic witches,” a theological caricature that were said to steal newborns to cook into broths that were made into ointments, which she would then use to oil up a broom to fly to the Sabbat—a blasphemous congregation overseen by Satan. While at the Sabbat she would learn magic, feast at a banquet of murdered children, and fornicate with demons. Bubbling beneath this stereotype lays a most mind-expanding possibility. What if these women were not worshiping Satan, but instead worshiping a pagan Goddess through the use of entheogenic plants? What might this archaic, matrifocal religion have looked like?

In this talk Hatsis will delve deeply into medieval heresy, long forgotten folk spiritualities, Church law, and the plant knowledge of village wise-women to uncover the psychedelic secrets of the “satanic” witch, and show how she became demonized. This will include an overview of what the stereotype of the Satanic Witch looked like, followed by the intellectual foundations from where the label came from to create this image. Finally, Hatsis will introduce the audience to the wise-women and herbal healers like Pierina d’ Bripio, Finicella ofRome, and Matteuccia d’ Francesco (among others) who were unfairly castigated as “satanic witches,” showing not only the psychoactive herbs they used, but the specific medieval spells and incantations employed alongside them. Finally, through trial records and demonology treatises translated for the first time, Hatsis will reconstruct the “Lost Religion” of entheogenic-plant using early modern Goddess-worshippers.

Tom Hatsis is a psychedelic historian, public speaker, and author whose books include The Witches’ Ointment: The Secret History of Psychedelic Magic; Psychedelic Mystery Traditions: Spirit Plants, Magical Practices, Ecstatic States; Microdosing Magic: A Psychedelic Spellbook; and LSD The Wonderchild: The Golden Age of Psychedelic Research in the 1950s. He has appeared on the GaiamTV shows “Beyond Belief with George Noory,” Open Minds with Regina Meredith,” and ” Psychedelica,” and has articles published in PsyPress U.K. and The Journal of Psychedelic Studies. Additionally, he hosts the YouTube channel “psychedelic historian,” which focuses on accuracy in history. Along with partner Eden Woodruff, Hatsis coruns Psanctum Psychedelia, a non-profit psychedelics education, harm reduction, and art organization in Portland, Oregon. They also host the weekly Psanctum Open Mic and curate the Psanctum Psychedelic Library (found at psanctum.org).