Posted at 16:41h in Lecture by Occulture Conference Webinars 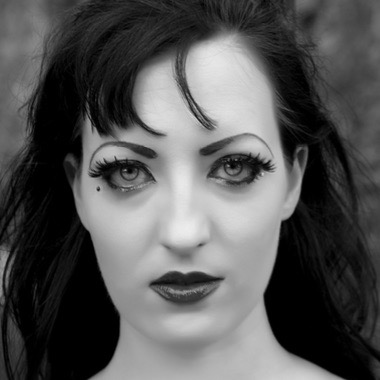 Visions of Ireland from ‘Brave Irish Hearts’ to Kathleen Ni Houlihan: Irishness in the work of Aleister Crowley and W.B. Yeats

Despite these similarities, their different cosmologies and attitudes to ritual magic were marked.

By all accounts, they despised each other, Crowley dismissing Yeats as “lank, dishevelled demonologist”, and Yeats allegedly kicking Crowley down the stairs of the Golden Dawn temple building. Each had unique conceptions of Irishness.

Irishman Yeats, hailed as one of the nation’s greatest poets, was from the Dublin suburb of Sandymount, his background of the “ascendancy class” or Protestant elite lineage in Ireland. He was a folklore collector who reframed selected Gaelic traditions – especially those connected to the otherworldly and spiritual – for an English-speaking middle-class and upper-class demographic. He connected his envisioning of the ancient Celtic world to the contemporary people of Ireland, associating spiritual values with the landscape of the island itself. He favoured cultural ties and Romantic nationalism, as many of his peers did, as this brand of nationalism side-stepped confrontation of their British ancestry and Ireland’s desecration under British imperial rule.

Yeats personified Ireland as a “poor old woman”, Cathleen Ní Houlihan, or in more esoteric reference as the “secret rose”. Engaging in political life, he was one of the first senators of the Irish Free State in 1922. Yeats wrote political poems such as “Easter, 1916” and speeches in which he condemned “the doings of the British military mercenaries in Ireland”.

His poetry was not so blatantly acrimonious as Crowley’s who in his 1902 poem “St. Patrick’s Day” states: “Brave men of Erin, hand in hand, Arise and free the lovely land! ‘Death to the Saxon! Slay nor spare!’” and which contains the image of shamrocks springing up from the carcasses of dead Saxons on Irish soil.

In The Book of Lies, Crowley states: “The price of existence is eternal warfare. Speaking as an Irishman, I prefer to say: The price of eternal warfare is existence.” Indeed, Crowley penned a “Declaration of Independence of the Irish Republic”. At sunrise on 3 July 1915, he stood at the base of the Statue of Liberty to read his proclamation.

In an article in The New York Times, he is described as declaring “Erin go bragh” (Éireann go Brágh) a phrase of allegiance, meaning “Ireland Forever”, while scattering bits of a shredded British passport over the waters of New York harbour. Crowley even designed a flag for an independent Ireland.

It can be difficult to decipher Crowley’s sincerity with the Declaration or poetic sentiments or self-identifications of Irishness, given the claims that he was double-agent for British intelligence and involved in espionage activities during the Irish War of Independence (1919–1921). Nonetheless, his activities and assertions regarding Irish freedom are interesting.

Crowley was a complex man with varied interests and influences who may have been approaching the Celtic world as holding mystical secrets akin to the approach of Yeats and other Irish writers and artists.

This presentation gives an overview of Yeats’ and Crowley’s professed views on Ireland, immersed as they were in esoteric cosmologies against the backdrop of the Celtic Twilight.

Dr Jenny Butler is a Lecturer in the Study of Religions Department at University College Cork where she teaches courses on “Western Esotericism and New Religious Movements” and “Myth and Magic: An Introduction to the Study of Irish Folklore and Mythology”.

Her research focuses on contemporary Paganism and emergent religious traditions in the Irish context.

She is an Officer of the ESSWE Board and organised the Society’s most recent conference, ESSWE8 on the theme of Western esotericism and creativity. She is also a creative writer and her most recent publication is the short story collection Limerence for Lost Souls (House of Pomegranates Press, 2021).