Posted at 18:43h in Art by Occulture Conference Webinars 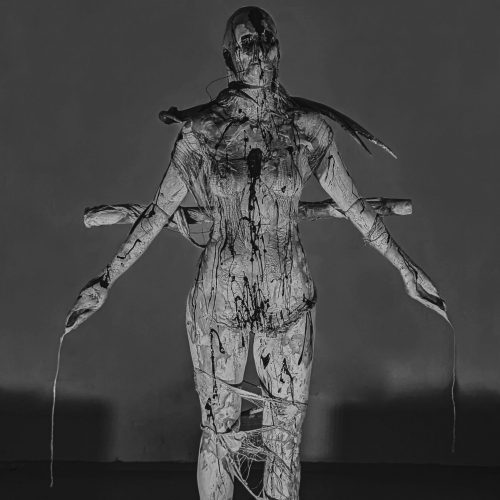 Creation of  raw primal energy to embrace the element of Pure Kaos, not as a destructive, but a creative force which is essential for sustaining life.

Invocation:
Primordial Kaos, source of life and creativity, Kaos separates the living creature from the machine.
Mankind’s obsession with Order and Control violates the Earth, until balance is restored

Pure Kaos is the Antidote!

The art of Louis Fleischauer is an invocation of primal energy.

His art is raw, interactive and multidimensional.

Mr. Fleischauer is a sculptor and body-artist using organic materials such as animal hides, bones, flowers, blood, tears and his own skin.

In his public rituals he turns humans into living sculptures and instruments, including his own body.

He combines sound and movement to reach a state of exhaustion and trance. Many of his sculptures are wearable and become alive with the interaction of the person they dress.

Born in Leipzig, Eastern Germany, he frequently had to deal with harassment by the Stasi for his
forms of self-expression.

After the Fall of the Wall he moved to a Berlin squad, started experimenting with leather, sounds, and his body.

His work was shown in galleries in Japan, the US, and Europe