Posted at 00:02h in Lecture by Occulture Conference Webinars 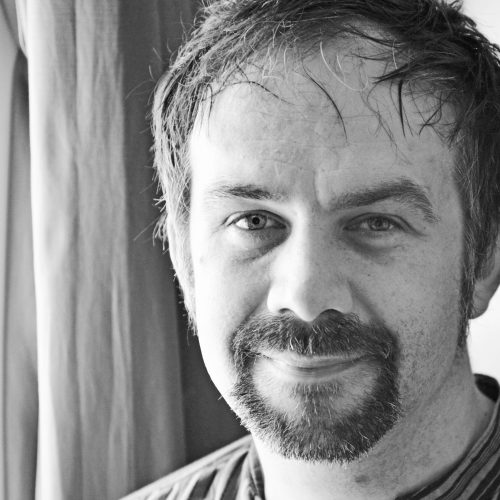 Golem – The Magic of Building a Spirit from Fictional Works

First off, why Hidden Crown? Is a Golem not a creature made from clay? Have we ever heard of muddy crowns? This would mean a fallen king, wallowing in dirt and at the end of power, wouldn’t it?

One alchemical rule is to create gold from lead, to rise unnoble metals to their nobility. When applying this to a Golem, from a clay-made creature a conscious human being might evolve. The legend denies this possibility, but I’d like to direct the attention to these contradictions. I read them as potentials – the Golem myth has always been a laboratory where magicians, artists, writers and scholars took their raw materials from.

Following the alchemist tradition of creating homunculi and golems, I’d like to address the quality of the magical procedures involved in such processes:

Is it ethical to breed a humanoid creature like the Magicians of the Renaissance and in ancient times used to do? What important cases can be consulted in order to learn something about the delicacy of such magic?

Then again: What kind of magic is implemented if you create such creatures? For this question I’d like to follow literary reports from such different writers such as Paracelsus, Aleister Crowley, Gustav Meyrink and Marià Szepes. They were all occupied with the mystical legends around a golem figure. What can be distilled from their approaches to the old mystical tradition?

In a second step, this myth should be interrogated in relation to today’s everyday challenges. Contemplating and magically working with a golem figure, we can discover hidden connections between hermetic knowledge, as it is being delivered by alchemy. Alchemy was not only interested in finding out about materials and transmutational processes, but also about one’s own character. The mythic figuration of a golem can thus be expanded to the concept of a Higher Self or even sons. Parsons developed rockets and rocket propellants in his daytime job and was heavily interested in occultism and Thelema. Meyrink is mostly known for his works of fantastic literature. Szepes also published fictional works.
My thesis is that we can find serious magical practices and knowledge in fantastic literature. When these books appear in a fictional context, often their magical theses drown in the perception of these books as only “entertainment”. The Golem figure is a Hidden Crown in literature. I will present methods of opening these secrets for one’s own magical practice. Inspired by Kabbalah, Alchemy respectively Hermetic Philosophy and some spicy Chaos Magic thrown in for dispersing the topic. My working method is: Contextualising Magic – Reading Texts & Traditions against the grain.

Dominik Irtenkauf, born 1979, studied German Philology and Literature, Comparative Literature and Philosophy. While still studying, he began to become occupied with occultism which led to reading much on alchemy and hermetic philosophy. He regularly published in German-written periodicals such as Der Golem and AHA which are both long dead now.

He gave lectures at different occult festivals and met interesting people there.
Besides, a growing interest in science fiction and horror literature showed that various texts in these genres tackled topics from occult provenience.

When he moved to Berlin in 2019, he specialized in journalism and science fiction literature.

He’s become a member of L.O.K.I. Verein zur Förderung der Phantastik (in English: Association for promoting fantastic literature). This association organizes the MetropolCon 2023 in May 2023 in Berlin-Wedding, where also magic and occultism and their roles in works of fantastic literature will build a stream with panel discussions, readings, and lectures.

After a long hiatus, he decided to start writing prose again. In the 2000s he published some books, some dealing with occult knowledge (with Hadit Verlag, a now defunct small publisher from Thuringia), but then escaped from the expectations of writing literature.

In 2010 “Schneezauber”, a German-written essay dealing with the mystical experiences of an enchanted winter’s night was published by the Orden für okkulte Kunst (Order for Occult Arts) where he’s been founding member and then the Order got dissolved in 2019. The result was a scholarly book with a publishing company from Bielefeld (Germany).where he wrote about the occult leanings of rock and metal music bands this material is still available, currently he is mostly interested in literature, philosophy and occult practices that are connected to them.