Posted at 18:29h in Art by Occulture Conference Webinars 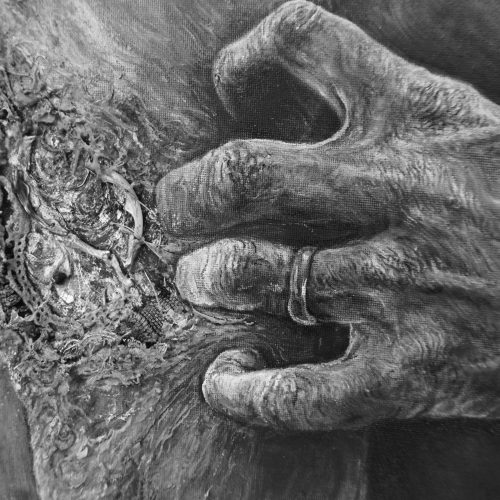 In this art installation (and associated performance), Orryelle explores illusions of depth in surfaces, to pry open what lies ‘within’.

Nature of reality is in question here: not just material substance but the energetic and esoteric realities beneath or beyond (yet via) physical appearances.

In a time when the virtual, representational and mediated are ever more ‘present’ Orryelle directs our attention to the interaction of the physical, the imaginal and the essential, while questioning whether they can be separated.

Orryelle is an esoteric artist in many media, including painting, writing, sculpture, sound, film and performance art.

He is the writer-director of the Metamorphic Ritual Theatre Company who have presented many major original productions based in (and updating/mutating) various ancient myths.

Creator of the Tela Quadrivium book web from Fulgur Press (Conjunctio, Coagula, Solve, Distillatio) and The Book of Kaos Tarot

Having recently completed his first feature film, ’Solve et Coagula’ (concerning the head of Orpheus and Baphomet), Orryelle has now returned his focus to an esoteric sculpture park he is creating in the Ardennes forest, Belgium: ‘Le Chalet Crepuscule’ where he also has small Gatherings on some of the Sabbats.

His book on the magic of language, ‘Esezezus’ (with an album) is to be published by Grayle Press late ’22/ early ’23.