Posted at 01:26h in Workshop by Occulture Conference Webinars 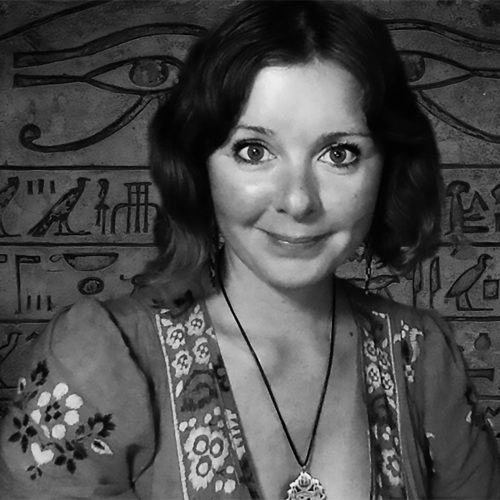 Writing of Heaven (šitir šame)
To the ancient people of Mesopotamia, the stars were gods. Heavenly influence rained down upon the creatures of Earth and orchestrated the natural forces we are all subject to.

The star gods were sometimes benevolent and sometimes cruel, at times bringing sickness or war on ill-winds and at other times delivering divine healing, granting miracles, prophetic visions and abundant harvests.

The starry firmament is the writing of heaven (šitir šame), a divine radiant script used to configure the past, present and future. Conceived out of deeply ancient star lore and celestial omina (the precursors of the formal arts and sciences of astrology and astronomy), sorcery, healing magic and divination.

The firmament is the primordial writing of the universe and is considered to be the root of early words relating to the more familiar and terrestrial-type of writing in the Assyrian, Hebrew and Egyptian languages.

In its primary sense, ‘write’ conveys the meaning ordered arrangement and in this way can be related to the principle of Ma’at in ancient Egypt and the role of Seshat and Thoth (Djhuty) as divine scribes and architects of the cosmos.

The ancient Egyptian term for their hieroglyphs (medu netjer = divine words/God’s words) perpetuates this concept of language having a heavenly origin. If one can read the heavens, one can not only communicate with the gods, but can also make sense of the world and one’s own life as part of a living story of divine creation.

If we consider the dream realm to be a dimension in which mortals and gods are able to coexist, we know that to bathe in the heavenly influence of astral beings would be a powerful magic.

Through their light, the Gods of the Night are able to irradiate a sleeping patient with divine luminescence and can therefore vastly increase the efficacy of any appeal, spell, charm, healing dream or medicine.

The imperishable stars are a balm in the blanket of the night, and act as a most powerful panacea.

Sarah Janes has been an enthusiastic lucid dreamer since childhood.

She is an author, public speaker, and sleep hypnosis workshop facilitator. She runs Explorers Egyptology, an online lecture series, and with Carl Hayden Smith operates The Seventh Ray – a virtual reality Mystery School.

She is also producer and co-host for the Anthony Peake Consciousness Hour podcast.

Sarah is currently working with Rupert Sheldrake and The British Pilgrimage Trust to reinvigorate the practice of dream incubation at sacred sites.

Sarah is the international retreat co-ordinator for New Hermopolis in Egypt. She lives in Hastings, UK. Her first book – Initiation into Dream Mysteries: Drinking from the Pool of Mnemosyne, is published by Inner Traditions, out December 2022.