Posted at 13:51h in Lecture by Occulture Conference Webinars 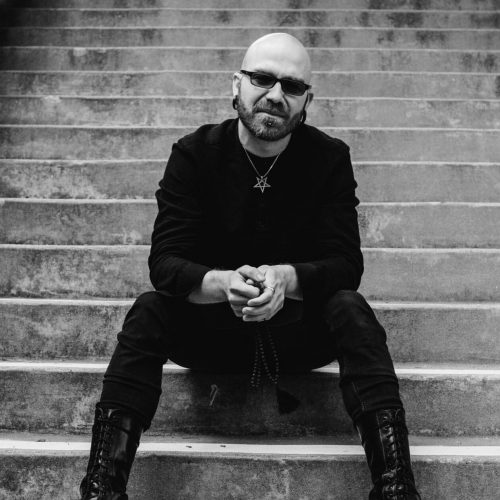 In the Hands of the Violent Divine: Radical Acts of Transgressive Ritual Magick

The most radical occult forces oftentimes linger just on the edge of radical acts of physical, psychological, and spiritual transgression.

Although discussions on established methods of transgressive spiritual practice are not uncommon, such as fasting, sleep deprivation, and other forms of asceticism existing as clearly defined and acceptable tools of religious practice; in this lecture, particular focus will be placed on ritual acts of bloodletting, self-scarification/self-mutilation, hook suspension, and other forms of body modification that have existed since the dawn of religious observance, but still remain incredibly contentious and misunderstood. These stigmatized practices will be touched upon with the honest intention of confronting transgression as a possible initiator to spiritual transcendence and empowerment, as a pathway to liberation and an intimate understanding of the Self through expanding the parameters and limits of experience.

Methods of psychological and spiritual transgressive ritual practice will also be explored and elucidated upon, ways in which they might be used to harness potent psychic energy and focus it into ritual workings designed for the purposes of both internal evolution and external manifestation.

We will task ourselves with pushing beyond the boundaries of what we once thought was possible.

In this lecture, we will engage in an honest confrontation with the central spirit of this ‘Violent Divine’ and we will do so without fear in our hearts.

By pushing ourselves to the edge of our personal limits and sensibilities, and even beyond it, we will redefine who and what we are, and what is possible within our personal magickal praxis.

Shea Bilé is an author, occult lecturer, musician, performance artist, and podcast host. A devoted occultist for over 20 years, his committed adherence to subversive forms of spiritual expression have served as a vital foundation for his work.

He has conducted lectures and workshops throughout the United States and beyond, primarily on subjects related to Left-Hand Path occultism and religious heterodoxy.

He is the host of the Deferred Gnosis Podcast, a show primarily focused on investigating and exploring contemporary and fringe philosophical, spiritual, and religious subjects.

As a ritual performance artist, he blends various forms of esoteric practice with transgressive ritual expression.

His occult writings, as well as his poetry, have appeared in numerous publications.

He has been a guest on a variety of podcasts and has been the subject of various articles and documentaries, many of which relate to his life, his art, and his expertise and experience in the realm of the occult and alternative spirituality.

Recent profile pieces of which Shea Bilé has been the subject have appeared in Vice, the documentary series, 60 Second Docs, and the upcoming occult documentary, Occult America.

He is also the founder of the Occult Student Alliance, based at San Francisco State University in San Francisco, California; and The Black Sun Sect, based at KU Leuven in Leuven, Belgium – both are esoteric organizations created to provide an empowering and sympathetic community for those who feel called to a path outside of conventional spirituality.

Shea Bilé holds B.A. degrees in both philosophy and religious studies and a graduate degree in philosophy at The Katholieke Universiteit Leuven (KU Leuven). He currently resides in Los Angeles, CA.