Posted at 18:00h in Ritual by Occulture Conference Webinars 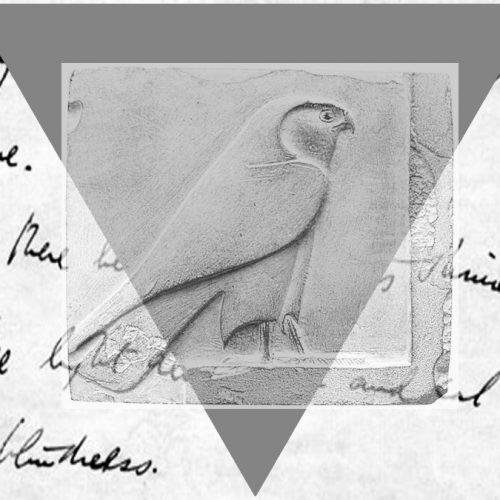 The Horus Invocation is a ritual written by Rose Crowley when she was on her honeymoon with Aleister Crowley in Cairo in 1904.

She wrote the ritual, urged by an intuition and various synchronicities to create the possibility of invoking Horus.

Her husband performed the ritual at the equinox in March 1904, the time when the Sun enters the sign Aries.

The ritual created a very strong flow of energy that led to Crowley communicating with an emissary of Horus on April 8, 9, and 10, and writing down the “Book of the Law” in the newlyweds’ hotel room at noon each day.

The most frequently quoted sentences from the “Book of the Law” are “Do what Thou wilt shall be the whole of the Law”, “Love is the law, love under will” and “Every man and every woman is a star”. In the Tarot, the days of April 8, 9 & 10 are ruled by the Sun in Aries and on April 9 the Sun is also exalted in Aries.

The Occulture Conference will take place in 2022 on October 6, 7, 8 & 9, in a decanate ruled by Saturn in Libra. It has been our experience that the Horus Invocation works under a wide variety of constellations. Horus in his manifestation as “Ra-Hoor-Khuit” is called in the “Book of the Law” “Supreme and terrible God”, he is above the stars.

In the Horus Invocatiin we call the power of Horus into us, the power of light, love, freedom and our true will.

Soror AuroRa studied ethnology and comparative religious studies. She is a self-confessed Thelemite for over 28 years and practices ritual magic.

As a consecrated Priestess of the Gnostic Catholic Church and longtime member of OTO, she brings the philosophy of Thelema into the world.

Claas Hoffmann alias Fürst Claas vom Mars has been intoxicated with Crowley’s Liber AL and Thoth Tarot for 37 years. His publications on Thoth Tarot and Liber AL vel Legis have found a permanent place in the Thelemic community.

Hoffmanns Abraxas-Calendar is a mind-blowing revelation of the forces of the stars on planet earth. His band Time and Space Society is celebrating 18 Years on stage this year.