Posted at 16:21h in Lecture by Occulture Conference Webinars 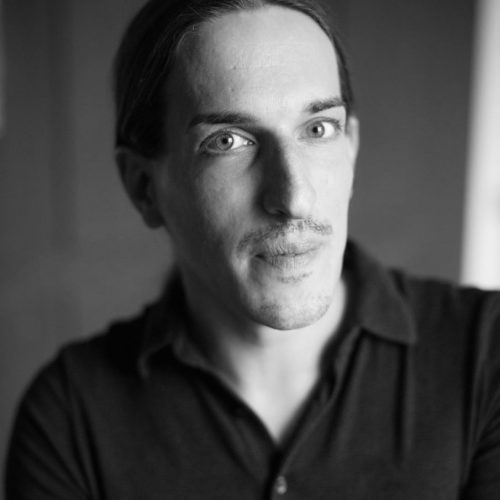 Trapezoid of the Dark Fire

The topic of our lecture is the Trapezoid as a magical link between the Self and the physical universe beyond the Self.
The nine angles, which are the five angles of the inverted pentagram and the four angles of the Trapezoid, are symbolizing important steps along left hand path initiation.

This symbolism includes a specific idea and perspective on one’s own Self, the human consciousness and its relationship with the personal universe and the physical universe.
The nine angles were first described by Anton LaVey and then further researched and refined by Michael A. Aquino.

The magical tradition of the nine angles stated the human consciousness, as a part of the Self, to be independent from the natural laws of the physical realm and to use the Trapezoid as a 2- dimensional shape that seems to be 3-dimensional, as a connecting link for this relationship.

This relationship between one‘s own personal universe and the physical universe serves as basis for an inner, dynamic process of mindful evolution of the Self.

This life-changing process is called Xeper, which is an Egyptian verb, meaning „Coming into Being“.
In our presentation, we will illustrate how the nine angles and their respective keywords can become a key to achieve Self-knowledge and Self-transformation in accordance to the Will.

Disclaimer: this topic doesn’t have anything to do with occult organization of the Order of the Nine Angles and neither is about their doctrines or philosophy.

Thomas Brovelli is based in Switzerland and has been working for more than 10 years in the field of Computational Linguistics in order to teach machines how to process human language.

Born in 1981, in St. Gallen, Switzerland, Thomas’s passion for the written word showed early in his childhood and later lead to the studies of Germanic Literature and Linguistics as well as Informatics with the focus of Natural Language Processing and Machine Translation, in which Thomas also holds a PhD degree. Consequently, Thomas’s approaches to Magic are deeply rooted in Semiotics and Communication Theory as well as Signal Processing.

Thomas joined the Temple of Set in 2017 and later got inducted into the Order of the Trapezoid in 2020.

Thomas works closely with André Harke in this Order, as well as in the Geheimes Haus of Saturn, where he contributes to liturgical material as well as the above-mentioned Emerald Dawn newsletter.

Thomas also wrote several poems which appeared in André’s latest books for which Thomas also did the proof-reading and layouting.

André Harke is a Berlin-based visual artist. He was born in Wuppertal, Germany, in 1977.

In 2004,  André started tattooing in Wuppertal and later moved to work in Dortmund, Germany. André then  joined the Temple of Set in March 2007.

In March 2012 André was ordained to the Priesthood of Set, in the Temple of  Set. In 2014 he was recognized as a Master in the Esoteric Order of Beelzebub and in 2017 as a  Master in the Order of the Trapezoid.

2021 also marks the publication of the book + Invocation of Set +  wherein André presents a large number of past drawings, along with introductory material and  poems. In April 2022, André’s work was presented at the Daimonion Exhibition at the Danera  Gallery in Berlin. All artworks, along with interpretations and other textual material can be seen in  the exhibition catalog „Daimonion Exhibiton“.